“7 The old way, with laws etched in stone, led to death, though it began with such glory that the people of Israel could not bear to look at Moses’ face. For his face shone with the glory of God, even though the brightness was already fading away. 8 Shouldn’t we expect far greater glory under the new way, now that the Holy Spirit is giving life? 9 If the old way, which brings condemnation, was glorious, how much more glorious is the new way, which makes us right with God! 10 In fact, that first glory was not glorious at all compared with the overwhelming glory of the new way. 11 So if the old way, which has been replaced, was glorious, how much more glorious is the new, which remains forever!“

I read this passage this morning and I was like “Wow! I never thought of it like this before!” Moses had an amazing and overwhelming glow when he came down from Mt. Sinai, one that the people noticed markedly. But this was under the old law and the old ways–even before Christ died on the cross and the Holy Spirit came to reign in our hearts and souls.

What an amazing thought that God can do even greater things through us now than even Moses experienced! That means that we must keep having faith and believing that God can and will do great things for us and through us. 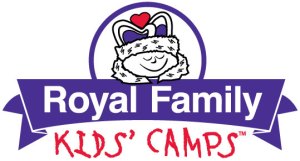 About a week ago I got back from my first time at Royal Family Kids Camp. I was support staff to help with the kids there that have been in foster care and/or abused sometime in their lives. To be honest, I had no idea what to expect when all of the kids arrived at church for registration and we boarded the bus to camp. I was overwhelmed to say the least. I felt like I was to be responsible to help give these kids a beyond perfect week at camp, and beyond perfect is usually a pretty tall order. 🙂

But when we arrived, I sort of let my worries go. And I also threw out any expectations I had for myself and just wanted to help the kids as much as I could. Day by day, I realized something funny. It was as if the kids were giving to me just by me having fun with them.

I’d never experienced such a love from kids who had supposedly been so broken. It just left me speechless. In turn, that week at RFKC was one of the most unique experiences, one of the most rewarding times, and also one of the most peaceful. That peace I felt just being with the kids was the kind of feeling that made me feel like I’m supposed to do something like this in the future.